Samburu, Shaba and Buffalo Springs are 3 Reserves bordering one another in the dry landscape of North Central Kenya. The wildlife congregates around the Ewaso Ngiro River which runs through the Reserves. Besides the wildlife (elephant, giraffe, leopard, zebra, blue-legged ostriches), a highlight of any visit is to meet the Samburu people. Camel safaris are on offer at most of the lodges


The reserves complex formed by Samburu, Buffalo Springs and Shaba is one of the most interesting places in Kenya and can be ranked as unique for several reasons. They are the most accessible and visited of the protected areas in the country’s rough north, right at the edge of what was formerly called Northern Frontier District (NFD). Or, in other words, they are the most remote among the most popular reserves. It is also the place to see some species which are rare in Kenya or difficult to spot in other parks, like Grevy’s zebra, reticulated giraffe and beisa oryx. 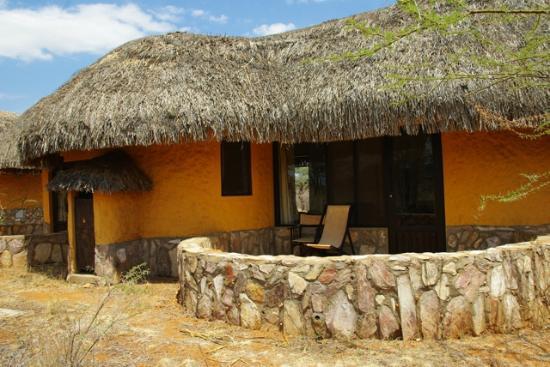